Why Won’t Snapchat Download On My iPhone? (Answered + Fix!)

Are you trying to download the Snapchat app onto your iPhone, but it’s not working?

Perhaps the button is stuck on the pause / stop sign, or the download button simply reappears after you press it – indicating that nothing is happening.

Regardless of what’s happening, this is a fairly simple bug to fix.

So, on this article I’ll be covering why Snapchat isn’t downloading onto your iPhone, and what can be done to fix it!

1. Your Phone Is Set To The Wrong Region 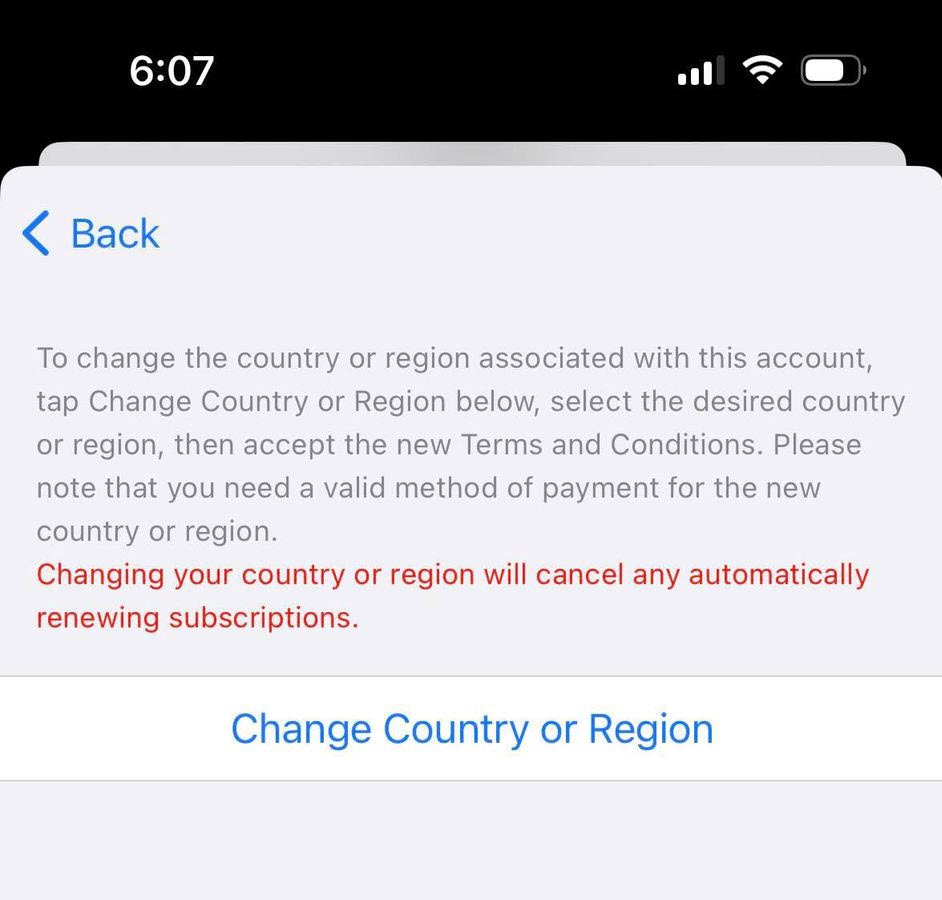 The first issue that may prevent Snapchat from downloading – and not one that many people think of, is that your iPhone’s region is set to the wrong location.

This may have been caused by accidentally selecting the wrong country when you set up your iPhone, or forgetting to switch it back after international travel.

Regardless, it’s a good idea to look into it in order to make sure that it’s correct.

To check or change your App Store region, follow these instructions:

Note that you will need a billing method from the country you want to change the region to.

Additionally, you can change or update your iPhone’s region by following these instructions:

If you’re still experiencing issues or you didn’t need to change your region because it was already correct, move onto the next section.

2. Your Firmware Is Too Far Out-Of-Date 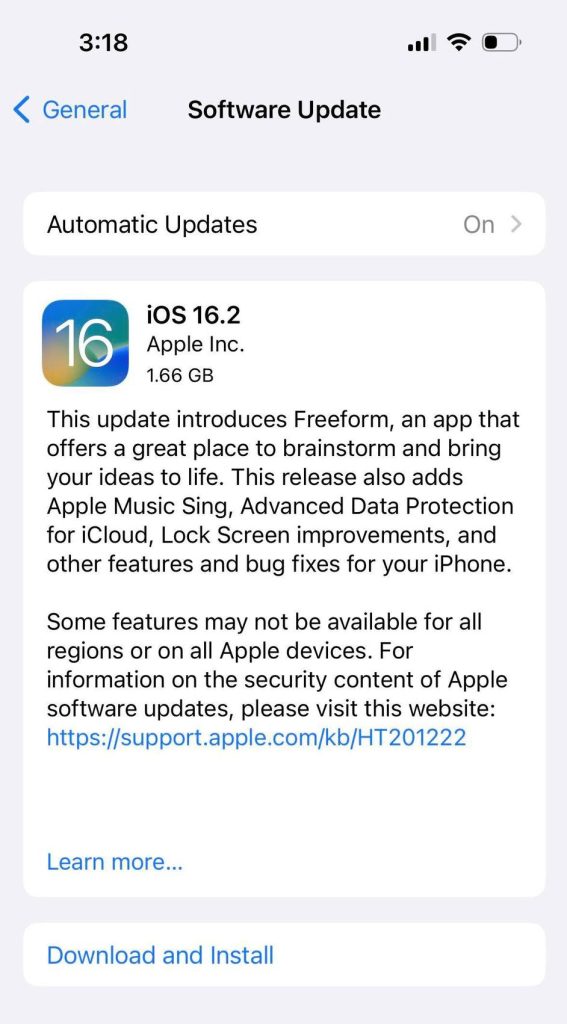 It’s important that you keep your iPhone up-to-date, and install new updates as they become available.

Not only will this ensure that security issues are patched, but software and apps regularly update to take advantage of new features that are introduced.

Additionally, iOS updates fix bugs that affect the iPhone, one of which may be the one that you’re experiencing now!

If Snapchat (or any other app for that matter) isn’t able to download because your firmware is too old, you will see a pop up message stating so when attempting to download it.

For example, the message will say ‘This app requires iOS 14.0 or later’, and refuse to download. Keep in mind, the exact number may vary between apps, and when you’re reading this.

Unfortunately, because the app uses features only present in newer versions of iOS – and Apple doesn’t always allow you to download the older version of apps, updating iOS is the only way to solve this issue.

3. Your iPhone Is Too Old

Similarly to the issue above, if your iPhone is too old, you won’t be able to download newer versions of Snapchat.

This is because Snapchat has been updated to require more modern versions of iOS. Because older iPhones can’t run the newest versions of iOS, this unfortunately limits the apps that can be downloaded from the App Store.

Snapchat is known for its frequent updates – in fact, the app has received hundreds of updates, including over 60 in 2022 alone – more than once per week!

To help with this, you should update your phone to the most recent version of iOS possible, to ensure compatibility with more apps.

Depending on your current iPhone model, this may be enough to allow you to download it. Otherwise, the only solution is to purchase a more modern iPhone to use Snapchat with!

This one won’t apply to a lot of people, but it’s worth mentioning.

If you are having problems installing apps, it may be worth reverting your phone back to official firmware.

Otherwise, sideloading the app may be your only other option – though usage of non-official versions of the Snapchat app can lead to account bans, so be warned! 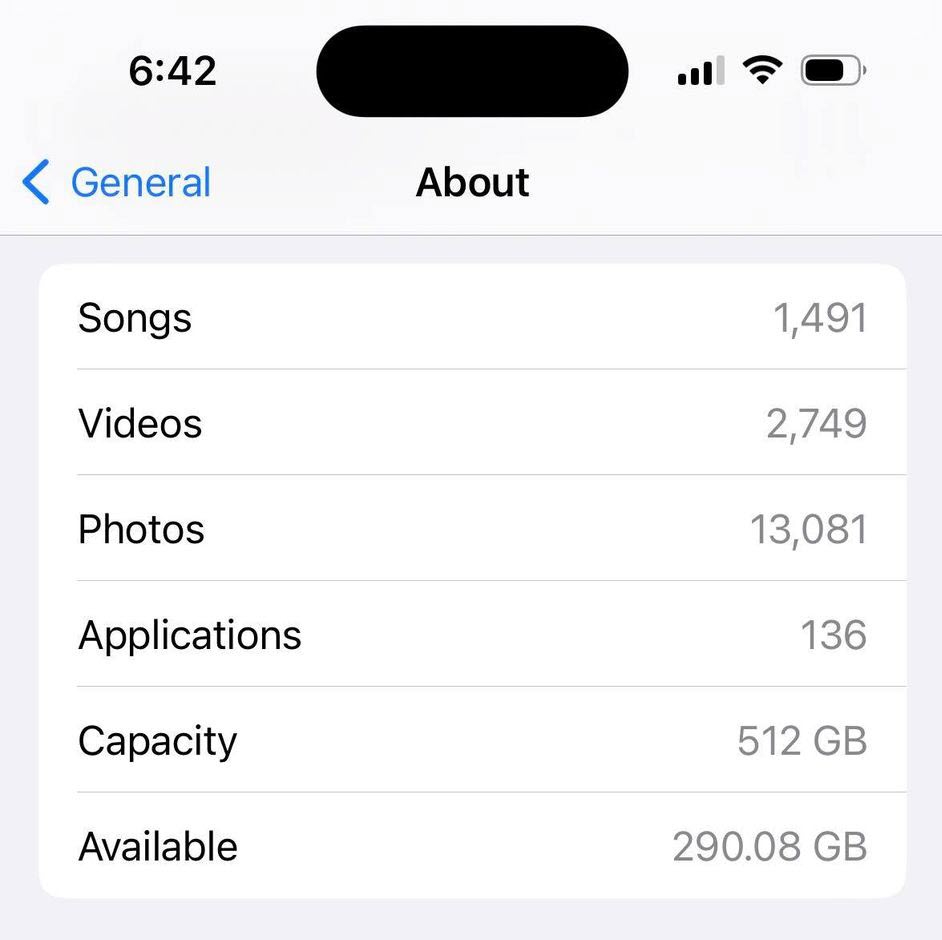 We often forget to check for this, but it’s important!

Apps take up storage space on your device. If you’re out of it, then you will not be able to download Snapchat to your phone – it’s as simple as that.

Before you rush into deleting things however, it’s a good idea to check how much space that you actually have.

You can check your iPhone’s free storage space by following these steps:

The Snapchat app itself is only around 250 megabytes, so as long as you have a bit of space available, the app should be able to download.

If you don’t have enough space, remove some files, and remember to clear photos / videos from your ‘Recently Deleted’ folder as well!

If your connection is too slow, the app may in fact be downloading, but be downloading at such a slow speed that it appears to be making no progress at all.

Additionally, an unstable connection may cause the download to appear frozen, or even require it to be paused and unpaused – or restarted fully to continue making progress.

Finally, if you’re not connected To Wi-Fi, you may get a message similar to the following:

Then, you’ll have an option to download it anyway, or wait until you have a Wi-Fi connection to start the download.

If you selected ‘Later on Wi-Fi’, you will need to connect to a Wi-Fi network before the download will begin. This is by design, to prevent you from using excess mobile data.

Finally, it’s also possible that you’re experiencing some sort of temporary glitch that is preventing your phone from downloading the Snapchat app.

Normally, this is something that would affect all apps, not just Snapchat. However, both iOS and iPadOS are quite complex, and sometimes things go wrong with no logical explanation.

To fix most software glitches, it is usually enough to simply turn your device off and back on again, allowing it to fully reboot.

Then, open the App Store once more and try to download Snapchat.

If this still doesn’t work, signing in and out of the App Store may also help.

After signing out and back in, be sure to fully close the App Store app, by opening your list of apps (either by double-pressing the home button, or swiping up from the bottom on newer iPhones), and swiping the App Store app away.

Then reopening it up from your list of apps!

It’s unusual to be unable to download apps from the App Store, especially one as popular as Snapchat.

Most of the people experiencing this issue are using an iPhone, or a version of iOS that is too out-of-date to support Snapchat. However, internet related issues, bugs, and incorrect device setup can also cause problems as well.

By following the fixes above, you should be able to get Snapchat downloaded properly in no time!

If you run into issues or you have any other questions about Snapchat, leave a comment below and I will get back to you as soon as possible.