If you have a smart TV, you likely already have access to the most popular streaming apps like Netflix, Hulu, and Disney+.

Therefore, you may be wondering whether or not it makes any sense to purchase a streaming device like Roku.

The truth is, there are a lot of benefits that purchasing an additional streaming device can provide to make your television experience a whole lot better – and some of them are things you might not expect!

So, in this article, we’ll cover what these benefits are, and whether or not you should bother purchasing a Roku to go with your Smart TV!

Should I Get A Roku If I Already Have A Smart TV? 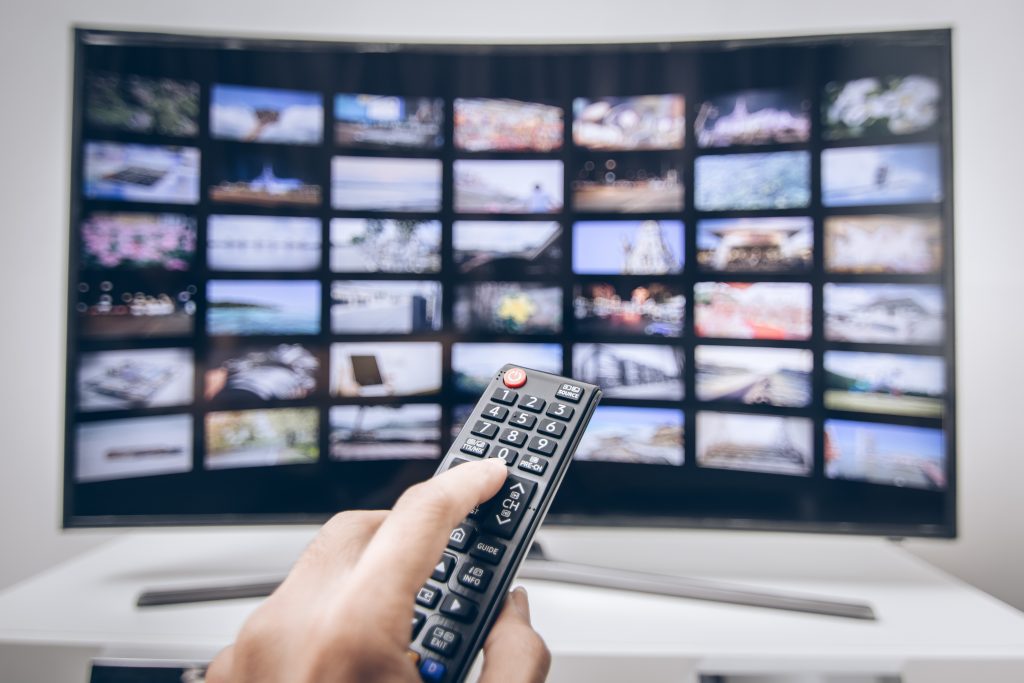 If you already spent the money to purchase a smart TV, you can make your viewing experience a lot better by purchasing a Roku (or other streaming device) to along with it.

This is because Rokus offer so much more than what you’ll get with the stock operating system that ships with your smart TV.

This is true even if you intend to watch the exact same apps, and browse your TV in the same exact way.

So, how does Roku make things better? Keep reading to find out!

How Smart TV Owners Can Benefit From Getting A Roku

The benefits of using a Roku over your television’s default software are enormous, and vary in a wide variety of ways.

From more apps being available to literally lengthening the usable lifespan of your TV, let’s look over each benefit in detail!

For many people, this is the most desired – and most apparent benefit.

Roku hands down has a far wider variety of apps then what you’ll likely find available on your smart TV on its own. The only exception to this is if you purchased a TV with Roku built into it.

The reason for this is simple – it comes down to market share.

App developers are more incentivized to create apps when they can reach a lot of people at once. Because different smart TVs ship with their own unique software, many developers don’t bother to create versions of their app for them – it would simply be too much work, for too little in return.

However, according to Statista there are over 66 million active Roku users, and that number is climbing every quarter.

Because of this, app developers prioritize Roku (and other streaming devices) first – since only one version of their app will reach so many people.

The result of this is that Roku tends to have a much wider variety of apps, many of which you wouldn’t be able to get on your smart TV otherwise.

This ultimately results in a smoother experience using your television, with less bugs, crashes, and random errors.

Again, it comes down to scale.

If a bug affects Roku’s 66 million+ users, or an obscure smart TV with a much smaller userbase, the developer is going to fix the Roku version first.

So, by using a Roku with your smart TV, you are less likely to experience annoying issues that disrupt your viewing experience.

The reality of all smart TVs is that eventually the model you currently use will stop selling.

Then, over time as televisions break, the total number of people using that specific model will dwindle down.

Over time, smart TV manufacturers will stop issuing updates to that television’s OS entirely, and further support will no longer be offered.

This results in a few problems. First, app developers themselves may still push out updates, but there may be model-specific bugs that cause them not to work properly on your TV.

Secondly, over time security issues may pop up with your TV’s OS, but nobody is working on your television’s software anymore to fix them.

Because so many Roku devices have been sold, they are likely to be supported for a much longer period of time.

And if the day ever comes where a specific Roku device is no longer receiving updates, all you would have to do is replace the device – rather than the entire TV itself.

Some people choose to upgrade to Roku for the user interface (UI) alone!

Smart TVs can have a rather complicated user interface. This is sort of a requirement actually, since people use smart TVs in so many different ways.

Roku however knows what it’s for, and focuses all of its effort on being a smooth, easy to use, and convenient streaming device.

It’s not designed to provide you with cable, or manage gaming systems.

Instead, its layout exists to help you find what you’re looking for quickly, and intuitively. It is simple enough even for very young children to use without needing help, or digging around in menus.

Plus, Roku allows you to delete apps that you don’t actually want. This is one of my big frustrations with many smart TVs – they ship with tons of different apps, but don’t let you get rid of the ones that you’ll never use!

Roku does not have this problem.

Remember how I said that Smart TVs need to be complicated, in order to work with everyone’s specific use cases?

The most obvious signal of this is by looking at the remote!

I just counted 55 total buttons on the remote I use to control my Sony smart TV. Because I don’t use cable, I can be relatively certain I have never pressed the vast majority of the buttons on this remote – they are completely useless to me. 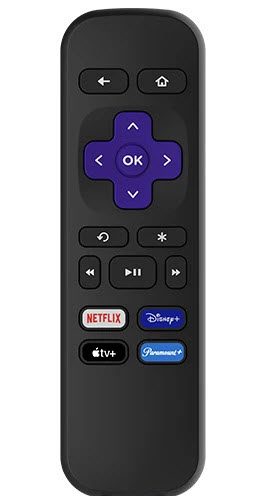 Roku’s remote however is very simple and straightforward.

It only consists of buttons that you’ll actually use, making it far more convenient and elegant.

It’s also much more intuitive for the elderly or for children, and it’s very difficult to actually mess anything up.

Finally, we have consistency.

This one is important if you have multiple TVs in your house, especially if they are from different manufacturers.

If you purchase Roku devices for all of your televisions, the UI and experience will be exactly the same across all of your devices.

Without a streaming device, the layout of your televisions may all be different from each other. This means you have to learn multiple systems, and may even get them confused with each other.

This can be a big hassle and can quickly become frustrating, particularly if you aren’t very tech-savvy.

Consistency really helps a lot, and you can even bring your Roku with you if you are traveling (and wish to keep all of your apps and data with you!)

Is Roku The Best Streaming Device?

Now comes an important question – is Roku actually the best way to use your TV?

As someone who runs a blog like this one, I have had lots of hands-on experience with not only the Roku, but also other streaming devices like Google’s Chromecast, the Amazon Fire TV Stick, and Apple TV. So, which one do I prefer?

Truth be told, I have mixed feelings.

Roku is undoubtedly the best ‘bang for your buck’, and I would almost always recommend it over both Chromecast and Amazon Fire TV Sticks.

That being said, Apple TV 4K is still my device of choice personally, as I find it a bit smoother, with an even better UI. That being said, I’m also an iPhone owner, and the easy integration with iPhone is one of the huge perks I love about Apple TV.

Still, Roku is probably a better value, and the difference isn’t that great for the price.

Plus, Roku has the Roku channel, which is something that many people miss when switching away from Roku.

So, if you aren’t an iPhone owner or you don’t want to spend the extra money on an Apple TV, Roku is without a doubt my number one pick after that.

As you can see, there are a lot of benefits to purchasing a Roku device, even if you already have a smart TV.

Not only can you get a lot of new apps to use, but your overall experience will be better even if you’ll be streaming from the exact same platforms.

Considering that Rokus are pretty cheap relative to the cost of a new smart TV, it makes a lot of sense to pick one up.

I hope that you’ve found this article to be helpful. If you have any other questions about smart TVs or streaming devices, please ask them using the comment form below.