What Does SB Mean On Facebook, Snapchat, Texting, Etc? (Answered!)

Did you see somebody use the abbreviation ‘sb’ while sending a message to you?

Depending on the context in which sb is used, it can mean a number of different things. Often, these are specific to the platform that you’re on.

So, in this article, I’ll cover what SB means on various platforms, such as Snapchat, Facebook, texting, and more! I’ll also show some interesting data about how the usage of SB has spread over time, and what states use the SB abbreviation most frequently.

Without any further ado, let’s get to it. 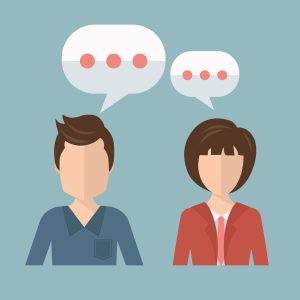 Typically speaking, the abbreviation SB can mean two things on Facebook, depending on where it’s being used.

If SB is being used on Facebook Marketplace (for example, in a comment on a listing, or within a listing itself), it usually stands for ‘seller beware.’

This likely means that a specific person has scammed a seller before, so it’s used as a warning to let the seller know to be wary of this person. So, if you see someone use ‘sb’ when referencing a person on Facebook Marketplace, it’s likely that the specific person cannot be trusted.

If you are seeing the slang ‘sb’ used elsewhere on Facebook, it is usually an abbreviation for ‘somebody’.

In rare cases, it can also be used as an abbreviation for ‘share button’ – for example, ‘press the sb to post it to your Facebook timeline.’

Of course, these aren’t the only possible meanings.

Keep reading for other potential meanings of SB!

What Does SB Mean On Snapchat?

On Snapchat, SB has a specific meaning that usually isn’t found anywhere else.

The most common thing that SB stands for on Snapchat is simply ‘Snap Back’.

This is something somebody may send to you if they’ve sent you a Snap, and they see that you’ve opened it, but you haven’t sent a Snap back to them yet.

It shows that they’re eager to carry on the conversation, or that they were hoping for a response to whatever it is that they sent.

Of course, it helps to be aware of context here.

What Does SB Mean On Texting, TikTok, Instagram, And Other Platforms?

Typically speaking, SB on other platforms (such as within text messaging) stands for one of two things.

The context of the message will usually give you the best idea on what it’s likely to mean.

If you need help (and you have permission to share it), you are also welcome to copy the message into the comments form below, and I would be happy to give my input.

Now that we’ve covered the most popular meanings of sb, let’s look over some interesting data!

Usage Of ‘SB’ – Locations, And Growth Over Time

According to Google Trends, we can see the usage of SB began to slowly rise shortly after Snapchat was released in 2011.

This may indicate that the term ‘sb’ is most commonly used on Snapchat, more so than any other platform.

However, we also see a steep rise in usage as Facebook Marketplace grew in popularity, so this may contribute to it as well.

Here, we can also see a relative graph on which states use SB most frequently. The darker the blue, the more frequently it is used relative to other states.

Note that even if a state is gray, that doesn’t mean that it isn’t used at all. It simply means that it isn’t searched for as frequently as in the darker blue states.

Kind of interesting that Idaho is the darkest shade of blue on this graph, isn’t it?

Most commonly, SB stands for ‘somebody’, ‘Snap back’, or ‘seller beware’, depending on the platform.

However, in order to know the exact meaning, you will need to take the context of the message into account. Of course, if you can’t figure it out, the best thing you can do is to ask the person who sent the message.

I hope that you’ve found this article to be helpful. If you have any other questions about internet slang, please ask them using the comment form below.