Is It Bad To Delete TikTok Videos? (Answered + Full Details)

Whether or not you should delete videos is one of TikTok’s most controversial topics.

While some people believe that it’s not a problem, others are convinced that it can drastically hurt the performance of future videos – or even lead to shadowbans.

So, what is the truth?

I looked deep into the issue in order to discover the true impact that deleting videos can have on a TikTok page.

In this article, we’ll look over whether or not you should delete videos from TikToks, and what could happen if you do.

Is It Bad To Delete TikTok Videos From Your Page? 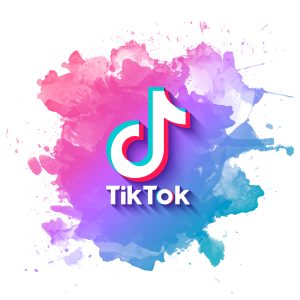 Generally speaking, it is not a good idea to delete TikTok videos, even if they were received poorly or got less views than other videos on your page.

Although there are situations where it makes sense to do so, deleting videos will almost always hurt you more than it helps you.

Let’s look over some of the reasons why you should avoid deleting your TikTok videos, as well as some of the situations where you actually should.

1. Crucial Data About Your Page Will Be Lost

This one on its own is enough reason to avoid deleting your TikToks.

Each time you post a video, TikTok is collecting an insane amount of data not only about how it performs, but what types of people it resonates with.

They do this to get a deep understanding on what the video’s actually about, who is most likely to respond to it, and who they should show your future videos to.

Even if one video performs poorly relative to others on your page, there are still some people that watched it all the way through, liked it and enjoyed it.

These are people that certain videos may be pushed to in the future, even if most of your videos normally wouldn’t reach them.

When you delete a video, all of the data relating to that video’s performance is lost. Not only that, any positive data TikTok may have received about your page as a whole will also be erased.

We’ll talk more about how deleting videos affects the performance of future videos a little later on.

Just remember that every time you delete a video, data that’s being fed into TikTok’s For You page algorithm is also lost as well.

Some people have wondered – if you delete TikTok videos from your page, does it lower the like count?

It turns out, it does!

So, it makes sense to try and keep the like count as high as possible.

If you delete a video from your page completely the like count will indeed go down to reflect this. Only videos that remain uploaded contribute to the like count.

However, there is one way to delete TikTok videos without losing likes. To learn more about it, click here!

3. May Hurt The Performance Of Future Videos

As mentioned earlier, TikTok collects a lot of data about your audience, and the performance of each one of your videos.

The For You and Following page algorithms are extremely complex. They don’t just weigh data related to each individual user and how it relates to your video, but they also factor in your profile as a whole.

For example, did you know that pages that consistently put out good content are automatically given more weight in TikTok’s algorithm?

This is why TikTok sort of acts like a ‘rich get richer’ sort of space – the larger the account, the easier it is to continue growing.

Likewise, if your account is small, it can be harder to get off the ground.

It has been shown time and time again that deleting your videos – even ones that didn’t perform well, hurts performance on future videos. The impact of this increases along with the video’s performance – if a video was deleted after getting a lot of views, the impact on future performance will be greater than if it was deleted with a small number of views.

It doesn’t guarantee you won’t perform well with your next post – especially if you delete videos sparingly, but it certainly hurts more than it helps.

After all, deleting videos goes against TikTok’s own self interests.

TikTok wants as many videos as possible to test out with different audiences, and if you’re constantly deleting videos, that indicates something bad may be going on.

4. Videos Sometimes Pick Up And Get Views Later

If you’ve been publishing on TikTok for a while, you may have noticed that your videos likely follow a similar pattern.

Most of the time, you’ll post your video, and it will see a surge in views for a few hours, where the view count increases rapidly.

On particularly well-performing videos, this length of time can extend out even to several days.

However, did you know that on some occasions, TikTok may continue to push videos out weeks or even months after they’ve been posted?

Although this is rare, it does happen!

In fact, it’s possible that a video that originally performed poorly or only got a couple hundred views, ends up going viral weeks later because TikTok decided to push it out to more people.

TikTok loves running experiments like this, and you never know when it’s going to happen to one of your videos.

So, just because a video performed poorly at first does not mean it won’t pick back up again later.

Of course, if you delete it, then it never has that chance!

Here’s When You SHOULD Delete Videos

As you can see, it’s generally not a good idea to delete videos from your page – even if they end up underperforming.

The fact of the matter is, nobody really cares that one video didn’t get a lot of views. Leaving it up won’t hurt your future videos, nor will it discourage new people from following you.

New viewers are most likely to watch your pinned videos anyway, as well as the ones that performed the best.

However, there is one situation in which deleting videos makes sense.

If a video was pulled down by TikTok for a community guidelines violation or you believe that it may be pulled down in the future, it’s best to simply delete it and avoid reuploading it.

These videos actually can drive your account down, and hurt the performance of other videos.

In extreme cases, they can even lead to shadowbans, which can cause new videos to get 0 views.

So, if you did anything to break TikTok’s rules or you used copyrighted material in your videos, this is the one situation where deleting it from your page entirely may be a good idea.

Is It Alright To Delete And Repost Videos?

Let’s say you end up deleting a video – either because of an upload error, a mistake, or it simply underperformed.

Is it alright to reupload it back to your page?

Truthfully, it depends on the situation.

If you made a mistake (such as putting a spelling error in the caption, or you forgot to add a clip), then deleting the video is fine. Usually, you’ll want to do this as quickly as possible after originally posting it.

However, it’s usually a bad idea to delete and reupload videos that performed poorly.

Although timing and luck does play a role in your video’s success, TikTok may suppress videos that are reposted – especially multiple times.

In extreme cases, this may even be considered spam, which can lead to a community guidelines violation.

Therefore, if you are going to reupload your video, it’s best to make at least one edit to it, even if it’s something as simple as trimming it down a half second.

This technically makes it a new, separate video, so it may be scrutinized less heavily by TikTok’s automated systems.

Generally speaking, deleting a TikTok video can only hurt you. This is true even if the video ended up underperforming.

However, if your video was taken down for a community guidelines violation or you believe it may break one of TikTok’s rules, then deleting it would actually be a good idea.

Remember that any damage already caused by underperforming videos is done, and deleting it will only make things worse.

Focus on creating good TikTok videos, and your account will surely continue to grow.