How To Call A Phone Number With Letters (iPhone / Android)

Do you need to call a phone number, but the phone number has letters in it instead of just numbers?

This can be confusing, especially if you’ve never called a phone number with letters before.

Thankfully, once you know what to do, it’s actually pretty simple!

In this article, I’ll show you how to call phone numbers that have letters regardless of what type of phone you’re using, as well as why these types of phone numbers are sometimes used.

How To Call A Phone Number With Letters 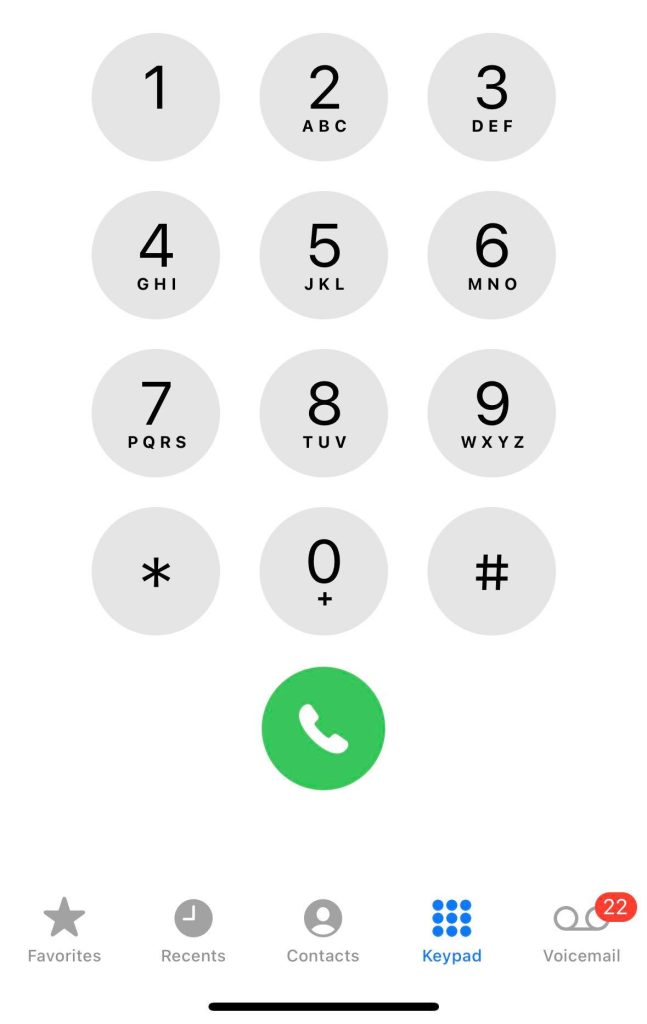 To call a phone number with letters in it, all you have to do is tap on the number that corresponds to the letter used.

On most modern smartphones (including iPhones and Android phones), the number that you’ll need to press will be located directly nearby, or underneath the number on the keypad.

If it’s missing however, you may also reference this chart:

If your keypad does not have these numbers listed, consider taking a screenshot of the table above.

That way, you will be able to reference it when calling phone numbers with letters in the future!

Do You Have To Press The Number Multiple Times?

One common question people have at this point, is whether or not they need to press the button multiple times to reach the proper letter.

This confusion actually dates back to the old days of texting, where we didn’t have touchscreens or full keypads like we do now.

Instead, the letters were laid out on the small number pad – and to reach the letter you were looking for, you actually did have to press the same number multiple times.

Needless to say, it was a big hassle – which made texting take far longer, especially if you were writing a long message!

Thankfully however, calls do not have this same restriction.

The number 5 on the phone for example works fine for the letters j, k, and l. There is no differentiating between them.

Why Do People Use Words / Letters In Their Number?

Needless to say, the addition of letters within a phone number can be frustrating, especially if your phone doesn’t make it easy to convert it.

So, why is this done in the first place?

Really it comes down to two things – marketing, and memorability. In fact, this is why phone numbers with letters in them are most commonly used by businesses.

Business know that memorizing a random group of numbers can be difficult, especially if you are only shown the number once – for example, on a billboard, or on a television ad.

Therefore, by opting for letters instead (for example, 1-800-FLOWERS), it becomes far easier to memorize the phone number – and then figure out how to actually dial it later!

So, this makes it more likely that you’ll eventually call, or turn them them first when you have a need for their products or services.

That being said, since we now live in a world where Google is at our fingertips and we can store huge amounts of contacts in our phone, the usage of letter-based phone numbers isn’t as necessary as it was in the past.

Note: Are there any words that can be spelled with your phone number? Try looking for some!

When it comes to calling a phone number that contains letters, all you have to do is find the corresponding number used for that letter.

By referencing the information above – or using the letters on your dialing keypad if your phone supports it, you can find the numbers you need to dial.

I hope that this article has answered all of your questions, and that you managed to dial the number you were looking for. If you have any other questions about phone numbers with letters in them, please ask them using the comment form below and I’ll be happy to help out.

Thanks for reading, and wishing you the best!