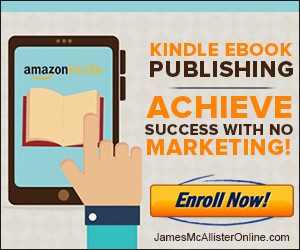 Are you trying to use Facebook, but are seeing a message that simply says ‘null?’

So, what does the null message actually mean, and how do you fix it? 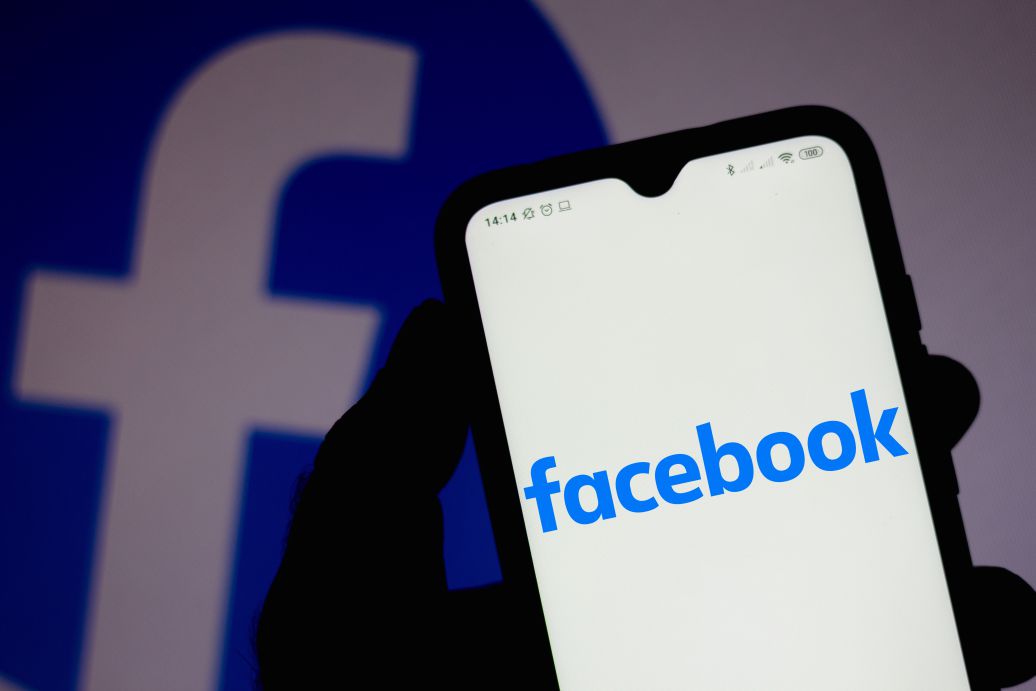 Null is a word commonly used in programming and tech, that effectively means ‘nothing.’ When you see it on Facebook however, this is caused by a glitch on Facebook’s end – Facebook was supposed to display something, but they weren’t able to retrieve or display it for you.

Hence, the word ‘null’ appears, because their system is stating that there is nothing there to display – not even a blank message.

What’s important to know however is that this is simply a bug, and doesn’t indicate anything special or unique. That being said, tips on how to fix the problem will be shared below!

Note: Contrary to what it seems, ‘null’ does not mean zero. You can use a bank balance as an example – it can be $100, or $0. In either case, a balance is there to view, even it is at $0. If no number was listed at all – not even $0, then the software would likely state ‘null’, since no value is being stored or displayed.

How To Fix It When Facebook Is Showing ‘Null’

Since we know that the ‘null’ message is caused by a bug or software glitch, there are some things we can do to fix it.

Keep in mind however that this bug usually originates from Facebook’s end, which means it will often get solved on its own without you needing to do anything.

Still, let’s look over some common troubleshooting tips that have been known to fix the issue.

The first thing to try is simple enough – just reload the page!

Most of the time, the ‘null’ message is a simple glitch, that only appears once.

If you reload the page, Facebook will try reloading the data that’s missing. Most of the time, it loads perfectly fine the second time.

So, simply refreshing the page you’re on is often enough to solve the problem.

2. Force Close, And Reopen The App

If a simple refresh of the page doesn’t work, you’ll want to try closing the Facebook app entirely (assuming you’re on a phone or tablet.)

To do this, you’ll need to do more than simply press the home button on your phone.

This will fully close the app on your device, and clear it from RAM.

When you go to reopen the app, your device will fully reload it, rather than just ‘unpausing’ it.

While you may lose the page you were on, the fact that it fully reloads everything often means the issue will be resolved. 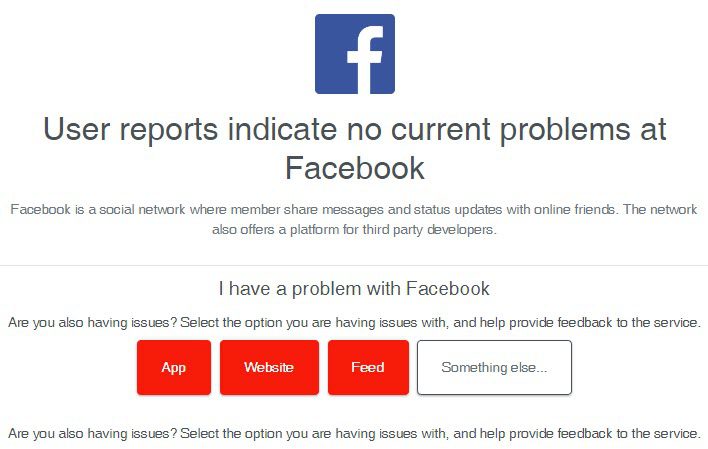 Next, you’ll want to make sure that this isn’t issue isn’t widespread, by checking a site like Downdetector.

Downdetector monitors for any outages to Facebook’s website and features.

If a problem is affecting a lot of people, the page will update to indicate an issue, and the comments section will have other people explaining what they’re experiencing.

If many other people are also stating that Facebook is showing ‘null’ when it should be showing something else, then you know the issue isn’t just you.

If this is the case, you’ll likely need to just wait until Facebook solves the problem, since it’s clearly something wrong on their end.

If Downdetector isn’t showing any issues however, you’ll want to keep reading.

This one won’t apply to everyone, but if you’re using a script blocker or adblocker, I recommend turning it off – at least for a moment.

This will allow you to rule it out as the potential cause of the issue.

Facebook is complex, and requires a lot of scripts to run in order to function correctly.

If you are using script blocking software, this can sometimes overstep its bounds, and disable scripts that are critical for the site to function properly.

So, disable it temporarily, and try reloading the page. If it works again, it may have been that the script blocker was causing the issue!

This is often temporary, but you will need to wait for the developer of the software to release an update before it is fully compatible with Facebook again.

If you’re desperate to solve the issue quickly, reinstalling the Facebook app is a great way to knock out many troubleshooting fixes at once.

This is because a complete reinstall of the Facebook app…

So, while it is a bit inconvenient, a reinstall of the Facebook app is a great way to potentially fix the ‘null’ issue. Of course, this will only be possible if you’re using a phone, tablet, or other device that uses an app for you to access Facebook.

Finally, the last thing you can do is simply wait 10-15 minutes to see if the issue gets resolved.

Most of the time, glitches like this one are temporary, and Facebook is likely already aware that it’s happening – especially if it’s affecting a lot of people.

So, they’ve likely already began taking steps to fix it.

Within 10 to 15 minutes or so, you can expect to refresh the page to see that the issue is completely resolved!

Therefore, I recommend simply being patient if nothing else has fixed the issue so far – chances are, this means that Facebook are the only ones that can take care of it. 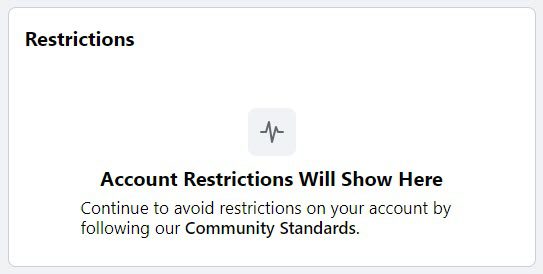 It’s common when you see the ‘null’ message to believe that you’re banned or suspended. In fact, some articles online have stated that is actually the case.

But is there any truth to this? Thankfully not!

The ‘null’ message is caused entirely by a glitch on Facebook’s end, and your current account status has nothing to do with it.

In fact, if you were banned or suspended, the message that you’d see would be entirely different.

Still, you can check your current account status on Facebook by clicking here, or by following these instructions:

This will indicate if you’re currently in trouble for breaking Facebook’s rules, or if you have been in the past.

Seeing ‘null’ on Facebook is nothing to worry about, as it ultimately is just a software glitch.

Facebook is great about fixing bugs quickly, so there’s likely nothing you need to do. However, you may be able to speed up the process by trying some of the fixes mentioned above.

I hope that you’ve already managed to solve the problem, and Facebook is working as normal again.

If you are still experiencing issues or there’s anything I can help with, just leave a comment below and I’ll get back to you as soon as I can.