Are you trying to message someone on Facebook, and see a message similar to the following?

…And you’re wondering why?

Although this can seem confusing, there’s actually a simple reason behind why you’re seeing this message.

In this article, I’ll cover the 6 reasons why this happens, so you can figure out which applies to you!

Although we don’t like to think about it, it happens.

If you’ve recently gotten into an argument with someone or you believe they have any reason to block you, than it’s possible that they actually have.

When you are blocked, you will no longer be able to send them any messages.

But did you know that you can be blocked on Messenger, while still being Facebook friends with someone?

If you are still seeing the person’s name and profile picture, it’s possible that you’ve only been blocked on Messenger, or they’ve simply removed you as a friend on Facebook without blocking you.

Some people’s privacy settings only allow them to receive messages from friends, so this could be the reason why.

This is a bit more serious than just blocking you on Messenger, because it affects all of Facebook’s features.

When you’ve been blocked on Facebook, you will no longer be able to see anything relating to their Facebook page.

Their photo will be removed, and their name will update to simply ‘Facebook User.’

Additionally, they will no longer be your Facebook friend, and you won’t be able to reach their profile while signed into your account, even if you have the direct URL.

And of course, you will not be able to contact them either, with Facebook letting you know that they aren’t receiving messages right now.

That being said, just because someone is appearing as ‘Facebook User’ does not necessarily mean that you’ve been blocked – there’s another explanation, which I’ll cover in just a moment!

In addition to being blocked, one of the most popular reasons Facebook won’t let you message someone is because they’ve deactivated their account.

If their account has been deactivated, you’ll see a message saying that you can’t message the account, or that they’re unavailable on Messenger.

People deactivate their Facebook accounts for a variety of reasons. And let’s be honest, it’s a good idea to take a break from social media these days, even if it’s just for a short period.

However, you will be able to message them again if they decide to reactivate their Facebook account later.

Note that many deactivations are temporary – it does not mean that their account has been permanently closed.

So, check back periodically to see if you are able to message them again!

Note: This is different then them simply being offline. If a person is just offline, you can always send them a message as normal – it will be delivered as soon as they come back online.

4. The Person Is Currently Suspended, And Is Unable To Receive Messages

It is possible that the other person is in ‘Facebook Jail’, meaning that their account is currently suspended for breaking Facebook’s rules.

Sometimes, this is restricted to only specific features (such as leaving comments, or posting new status updates.) However, in some cases, they may be unable to communicate with others entirely.

During this time, they will be unavailable for messaging.

Because only they will know how long they’ve been suspended for, it would be best to contact them through alternate means in order to find out.

Suspensions are usually temporarily, and once the time period is over, you should be able to message them normally once again.

5. You’ve Blocked The Other Person 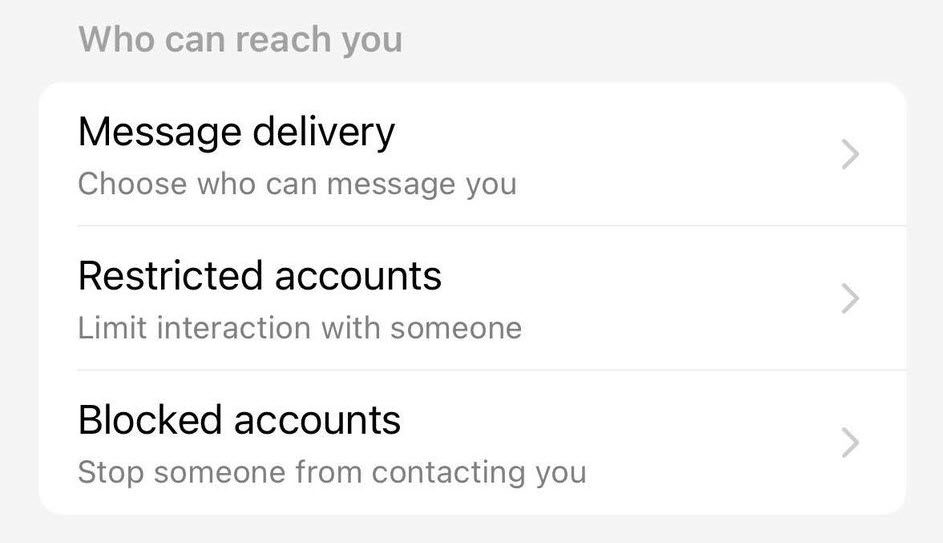 It’s also possible that you’re the one that blocked the other person!

Perhaps you blocked them a long time ago and simply forgot, or perhaps you ended up blocking them by mistake.

So, how do you know whether or not you’ve blocked someone?

The easiest way is to check your blocked list, which you can view by following these instructions:

This will pull up a list of everyone that you’ve blocked on Messenger, allowing you to unblock them if you wish to do so. 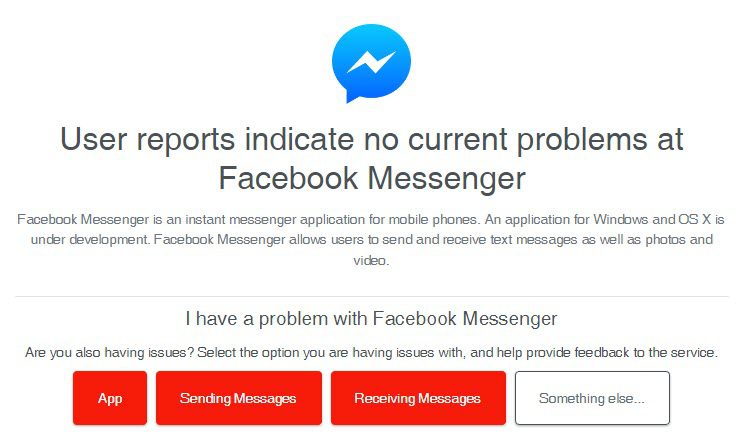 Admittedly, this is rare, and messages saying that the other person isn’t receiving messages right now is usually caused by one of the other possibilities mentioned above.

However, it is still a good idea to try some common troubleshooting fixes, as it’s possible it may allow you to message them again as normal.

Again, usually the ‘this person isn’t receiving messages right now’ message is caused by something else. However, these fixes are still worth trying if you really don’t believe that the others apply in your situation.

However, it’s also possible that they’re temporarily not allowed to send messages, or you’re experiencing a technical glitch.

I hope that this article has answered your questions, and you have a better understanding why Facebook may be saying that a specific person isn’t receiving messages right now.

If you have any other questions about Facebook or Facebook Messenger, ask them below and I’ll be happy to help.