How To Make Someone Think You Blocked Them On iPhone (Effective Tips!)

Are you looking to make somebody think that you’ve blocked them from your iPhone?

Whether you want to teach somebody a lesson or you just want to partake in a harmless prank, there are plenty of things you can do make someone believe that they’re blocked, even if you haven’t actually blocked them.

This way, you’ll still be able to see any messages that they happen to send you, so you can enjoy their reaction.

In this article, I’ll be sharing many different tips and strategies to try out. I recommend trying most if not all of them on your iPhone, as each one will help make it more convincing.

1. Turn Off iMessage For Them 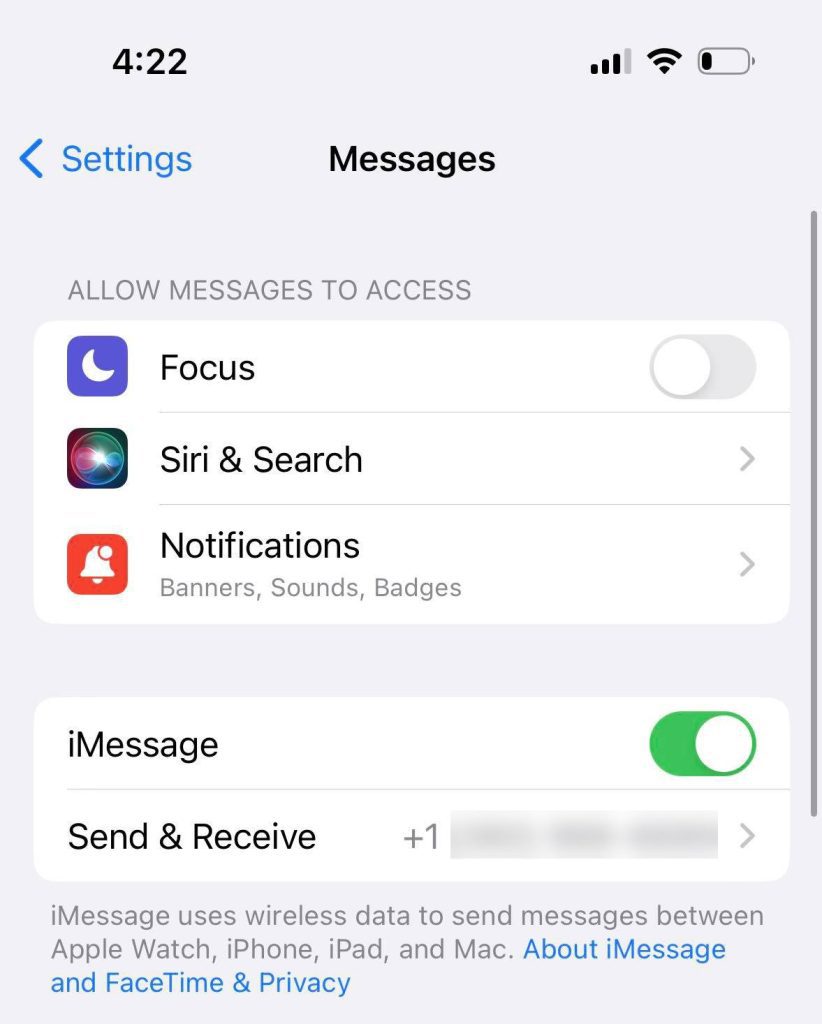 The first thing that you should do is to turn off iMessage on your phone.

When you turn iMessage off, all texts that they send to you will appear in green bubbles, rather than blue bubbles. This can give off the illusion that they’ve been blocked, especially if they’re used to seeing the blue bubbles in the past!

Of course, this only works if the other person is also messaging you from an iPhone, iPad, or iPod Touch – otherwise, they wouldn’t have been able to see the blue iMessage bubbles anyway.

Unfortunately, there is no way to turn iMessage off for specific contacts.

However, you can always turn iMessage back on later, when the other person has given up on trying to message you.

2. Turn On Do Not Disturb For Them

Next, you will want to take steps in case they try to call you as well.

One great idea is to take advantage of your phone’s ‘Do Not Disturb’ feature, which can automatically silence calls, meaning you won’t be bothered if they try to call you – nor will you accidentally answer it, indicating that they’ve not been blocked.

This will let the phone ring until they hit your voicemail each time that they call you.

To turn on Do Not Disturb mode, open your device’s control center, and tap on the icon with the moon.

Additionally, you can allow certain people to still call you as normal by going to the Settings app, tapping on ‘Focus’, and then selecting the people you want to whitelist.

This way, other callers can still get through to you, even if you leave Do Not Disturb mode on for others!

3. Turn On Call Forwarding To A Non-Existent Number 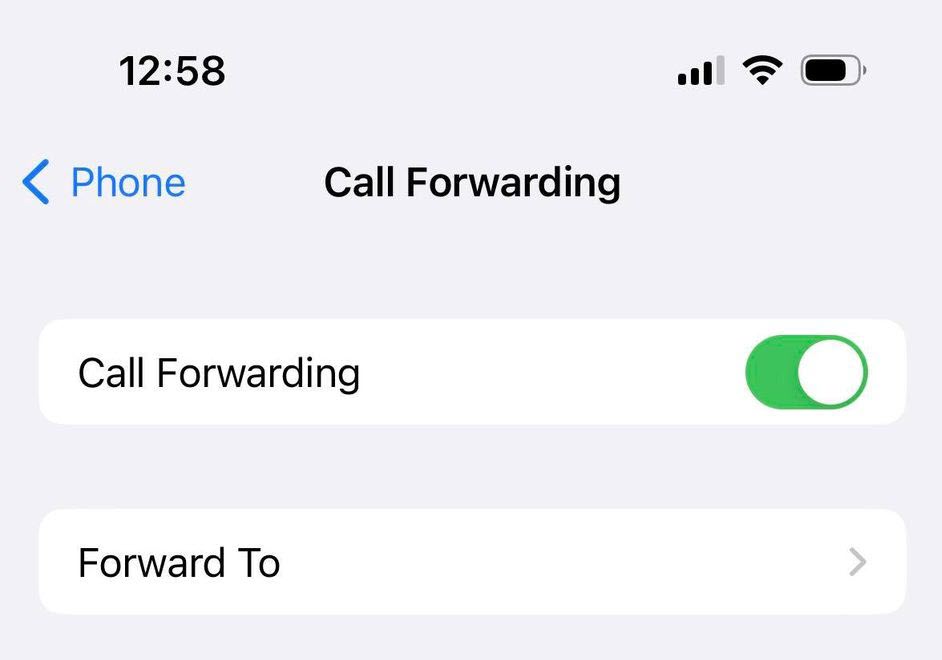 This is a neat little trick that’s very convincing, if you want somebody to believe that they’re blocked.

Call forwarding allows you to forward your calls to another phone number. If you forward a call to a number that isn’t in service however, the caller will get a message telling them they’ve called an inactive number!

Unfortunately, call forwarding cannot be done for specific contacts or numbers – you must turn it on for your entire iPhone at once.

Still, if you’re willing to enable it, it can do a great way to make someone believe that they’ve been blocked.

To turn on call forwarding on iPhone, follow these steps:

If possible, use someone else’s phone to try it out!

4. Copy And Paste A Templated Message

If you’re quick and someone is actively messaging you, then you may consider copying and pasting a templated message back to them.

They will believe that this was sent automatically from your carrier, giving them the illusion that they’ve been blocked.

Of course, in order to pull this off, it has to feel like it was sent automatically. Therefore, you must be really quick in sending it back to them.

An example template is as follows:

“Error E-1811: The message you attempted to send to (your phone number) was not delivered.”

Feel free to get creative with this, and develop a message that sounds official, and makes them think that you’ve blocked them.

Just remember to have it ready on your iPhone’s clipboard, so you can quickly paste and send it!

In case you’re wondering, there is no way to automatically send replies to messages on iPhone. While Android does have texting autoresponders, these unfortunately aren’t available on iPhone due to the locked-down nature of iOS.

5. Turn Off Read Receipts, If You Had Them On Previously 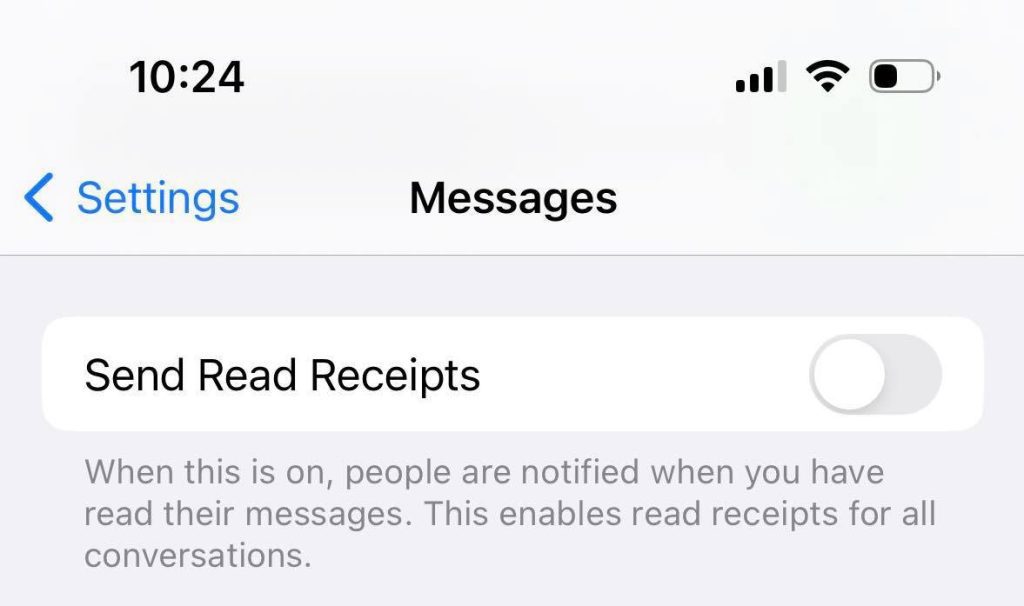 Convincing someone that they’ve been blocked is all about little signals, that help to convince them that things aren’t normal.

One important thing to do is to disable read receipts, if you’ve had them on previously.

Read receipts show a person when you’ve read their text message. Of course, if they’ve been blocked, they’ll know that you’ll never be able to read their messages!

Now when they send you a message, they will not be able to see that it’s been read – even if you do actually open it!

6. Turn Off Photo And Name Sharing 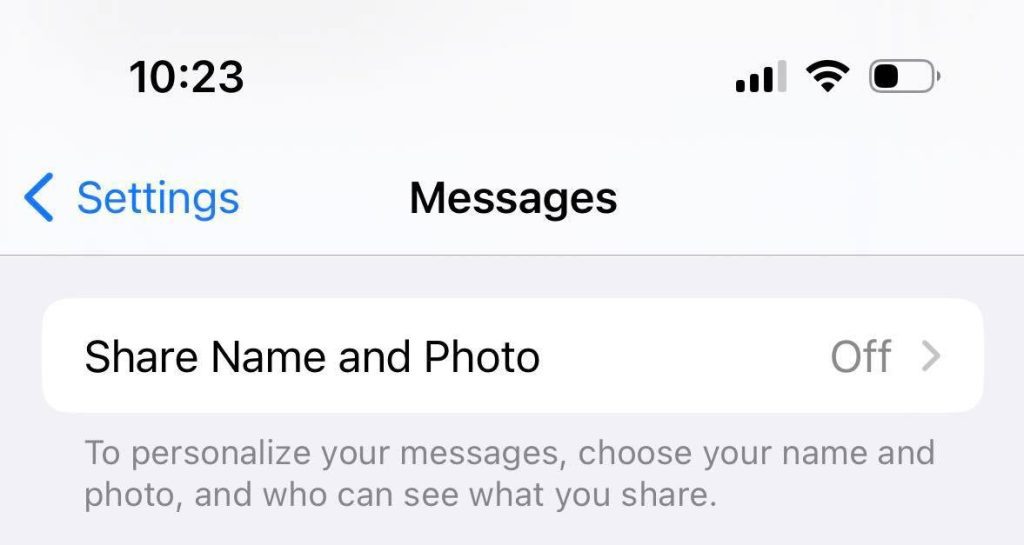 Next, turn off the ‘Share Name and Photo’ feature that is available in settings, if it’s currently turned on.

If you block someone, you won’t be sharing this information with them automatically. So, turning the feature off can make it seem like you’ve blocked them.

To turn off photo and name sharing, follow these steps:

Finally, you may consider actually blocking them for a little bit, if you want to really get your point across.

During this time, you won’t be able to see whether or not they’ve tried to contact you – which I suppose takes away some of the fun of it.

Additionally, you won’t receive old texts as soon as you unblock them, in case you were wondering.

However, some people have reported that if you have a Mac computer and use the same Apple ID on both your Mac as well as on your iPhone, you can still receive iMessage messages on your computer, even if you’ve blocked them on your phone.

Most people will try to text you at first, and then give up once they realize they’ve been blocked.

So, you can always unblock them later if you wish to speak with them again.

Even if you don’t actually block someone, there is a lot you can do on your iPhone that will make them think that they’ve been blocked.

This way, you can still see their messages that they send, and wait to respond to them until you feel that you’re ready.

I hope that you’ve managed to try some of these out, as they really are quite effective!

Of course, if you have any ideas of your own to share or you have any questions about anything in this article, let me know below and I’ll be happy to help.