Why Is Google Voice So Slow? (Answered + Fixes!)

Are you experiencing slowness or lag when trying to use Google Voice?

Whether it be that text is being read slowly, there is a delay between getting calls and them actually ringing, or even using the service to place calls / texts at all is slow, don’t worry.

In this article, I’ll be covering the most common reasons why this happens, and what can be done to fix it.

That way, you can get Google Voice running nice and fast again!

1. You Have A Poor Internet Connection 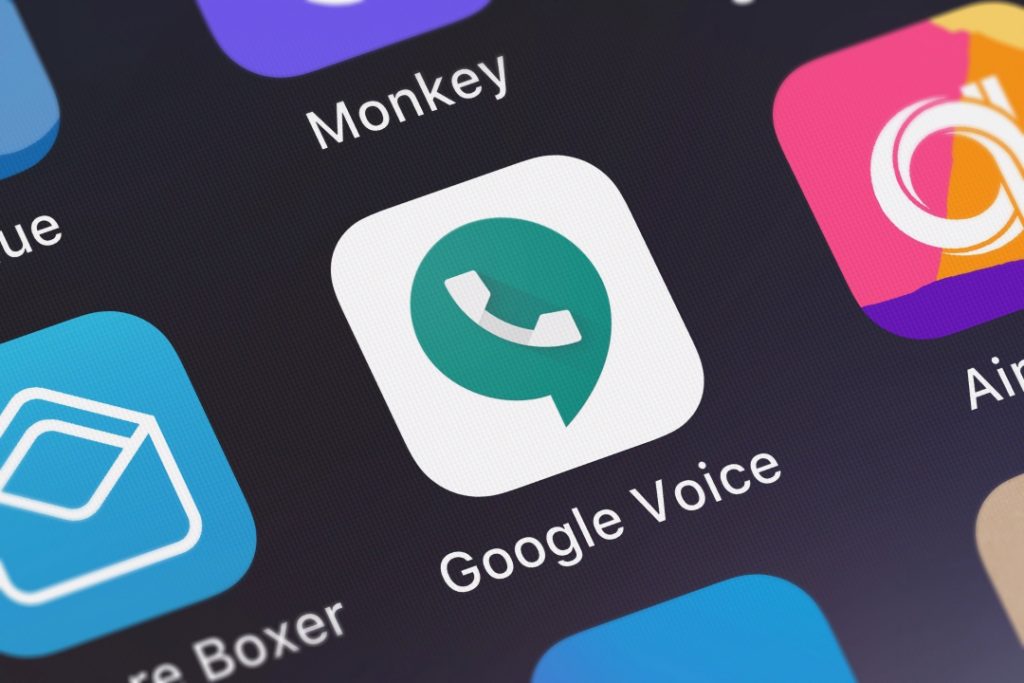 The first – and perhaps the most common reason that Google Voice may be slow, is that you’re experiencing a poor internet connection.

Google Voice operates entirely over the internet, and requires a strong signal in order to be able to transit data effectively.

Additionally, if your Google Voice is synced up or integrated with another device (such as a Google Home), then that device also must have a strong internet connection, or Google Voice can start working slowly.

If you believe that a poor internet connection may be the cause, there are a few things that you can do.

First things first, try switching between mobile data and Wi-Fi on your phone, if both networks are available.

While Wi-Fi is generally more stable if you have a strong signal, your cellular data can end up being faster in some situations. You may consider trying out both using a speed testing app on your phone, such as Speedtest by Ookla.

Secondly, check the signal strength on all devices you rely on for your Google Voice to function. As mentioned earlier, if even one of these doesn’t have a good internet connection, you may experience slowdowns.

Therefore, these may need to be moved closer to your router.

Finally, it’s important to keep bandwidth in mind as well.

If other people in your household are doing bandwidth-heavy tasks (like downloading content, or streaming 4K video), this will cut the available bandwidth your internet package offers – effectively slowing down the speeds for all other devices.

Therefore, you should avoid leaving your TV streaming 4K video from the internet if you aren’t actually watching it, for example.

2. It’s Synced To Too Many Phones

If your issue is a delay between the time you get a call and when it actually reaches your phone, it may be possible that you have too many devices synced to your Google Voice account.

Part of what makes Google voice great is the ability to call one central number, and then have multiple phones end up ringing. This is particularly useful for businesses, who may want multiple employees to be able to answer the phone, so calls get handled as quickly as possible.

However, the more numbers you add to your Google Voice account, the more work the system has to do. Considering calls are supposed to be forwarded to your phone as quickly as possible, each additional number adds work – and potentially delays.

There are two ways to fix this issue.

The obvious one is to remove numbers that you no longer need. This can be done from Google Voice’s settings page, and scrolling down to the ‘linked numbers’ section.

Simply click the X next to the number that you no longer need Google Voice to forward calls to, and it will be removed.

If you are using Google Voice for business, you may also consider upgrading from a personal to a business account.

Business accounts allow you to set up automated menus for callers, and then route calls to specific people or departments within your company.

This helps ensure that calls are only routed to the people who need them, and less phones have to ring when somebody dials your Google Voice number.

This one is typically the case when Google Voice as a whole is insanely laggy.

For example, it’s slow to browse menus, texts that you type out tend to lag behind, and the whole thing doesn’t seem to be responding very quickly.

It’s also most common on the computer, rather than the iPhone or Android app. On your PC, it’s even possible that your cursor will start to lag when you move the mouse around!

Typically, this is because your computer is close to its limit. For whatever reason, the Google Voice website can cause freezes on rare occasions, and even when it doesn’t outright freeze, the lag can make it too slow to comfortably use. 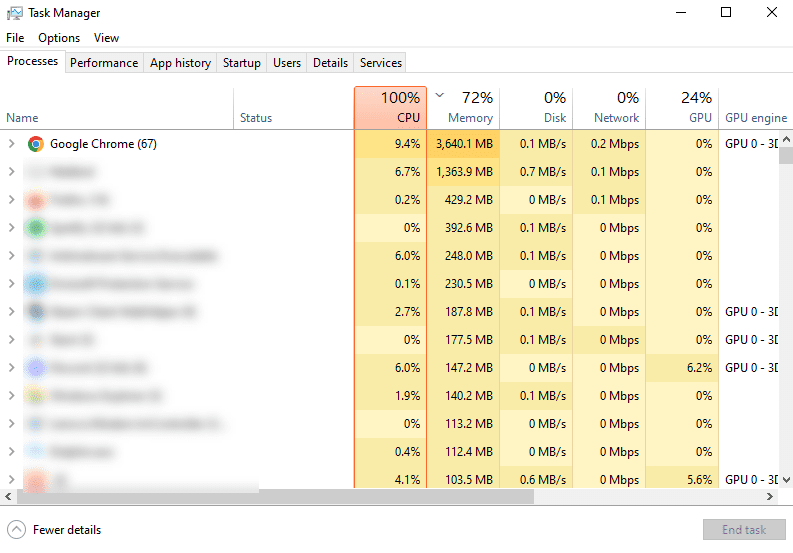 The easiest way to fix this issue is to free up system resources.

This means closing tabs that you aren’t actually using, and shutting down programs that no longer need to be open.

This way, your computer can free up RAM, and use more of your CPU to focus on rendering any Google Voice pages, along with transmitting audio if placing calls from your computer.

You can check your current CPU and RAM usage by opening up task manager on your Windows PC. This can be done by clicking on the Windows icon, and typing ‘Task Manager’ into the search bar.

As you can see in the picture above, mine was at 100% when I took the screenshot – which was causing Google Voice to severely lag when I visited the website in my browser!

This is most common on the Google Voice mobile apps, available for iOS and Android.

Unfortunately, even if you do everything right, software bugs can still cause massive slowdowns, which makes the Google Voice app frustrating to use.

Because this issue doesn’t have anything to do with you (and is entirely on Google’s end), there isn’t a whole you can do to fix it.

However, I recommend visiting your device’s app store to see if an update to the Google Voice app is available.

Additionally, I also recommend seeing if your phone OS itself can be updated to a newer version.

Google prioritizes compatibility with recent devices, so ensuring that you’re keeping up with firmware updates can prevent things from breaking.

If you are using an OS that is more than a few years old, it’s possible Google Voice is no longer compatible with it.

Google Voice can become slow for a variety of reasons, such as a poor internet connection, software bugs, or simply being connected to too many devices.

By determining the exact cause that is causing the issue, you can take steps to solve it, and make Google Voice faster.

I hope that you’ve managed to get your Google Voice working quickly again.

If you have any other questions about Google Voice, ask them below and I’ll be happy to help.