Why Does My Cash App Have A Negative Balance? (Answered + Details)

Did you open your Cash App, only to see that you have a negative balance?

While Cash App makes it difficult for your balance to go into the red, it is possible under a few circumstances.

So why does this happen, and how can you prevent it in the future?

In this article, I’ll go over the reasons why your Cash App balance is negative, whether or not you’ll be charged any additional fees, and how to prevent this problem in the future.

Reasons Why Your Cash App May Have A Negative Balance 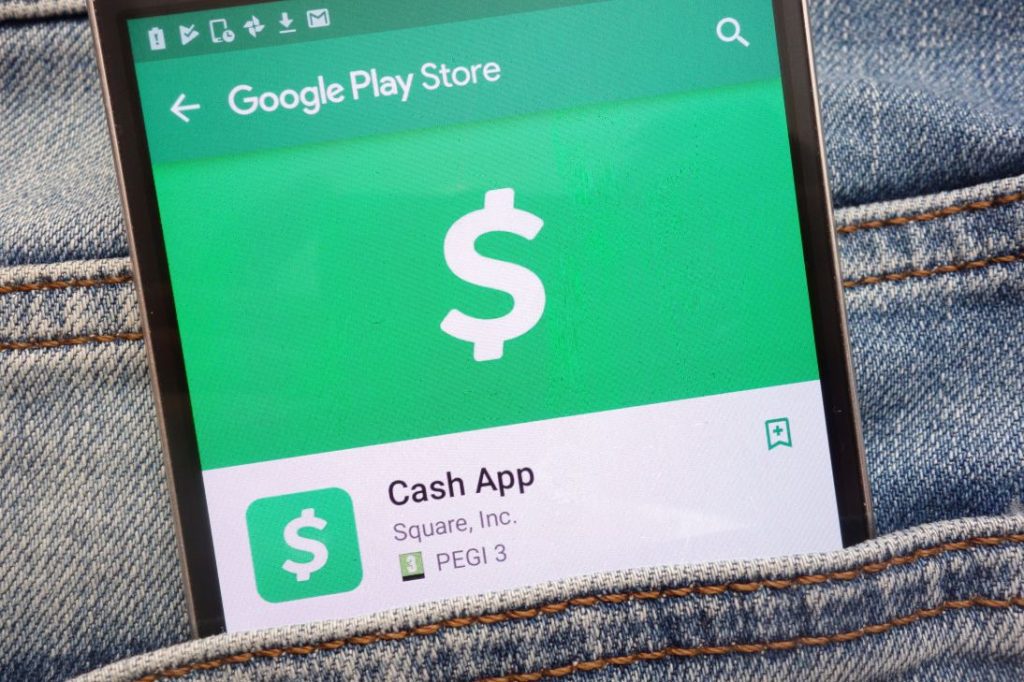 For better or worse, Cash App tries to prevent your balance from going negative when possible.

However, there are certain situations where this can end up happening anyway, even without you realizing it!

Let’s look over some of these situations now.

1. A Pending Charge Went Through

This one is perhaps the most common.

Merchants may place temporary holds, or pending charges on  your account, without actually pulling the money out.

For example, gas pumps may place a temporary hold on funds, and actually clear the money later.

Or, you may order something online that places a temporary charge on your account, but does not actually end up charging you until the product ships. Amazon is one such example, that does this when you place orders using a debit card (such as the Cash App Cash Card.)

Technically, the money is still in your account until the merchant decides to actually charge you, and Cash App has approved this merchant to pull funds from your account.

However, in between the time the pending charge comes in and when it actually clears, it’s possible for you to have spent the money that was in your account.

So, the pending charge goes through, but you no longer have the amount of money within your account to cover it.

Unfortunately when this happens, Cash App will allow your balance to go negative, rather than prevent the charge from clearing.

2. A Secondary Charge Was Made By A Merchant

Next, some merchants may charge money that was more than what was originally authorized, allowing your balance to overdraft and go negative.

For example, let’s say that you ordered a meal at a restaurant for $50, and this was the exact amount the preauthorization was for. You have exactly $50 in your account at this time. For the sake of this example, let’s pretend there is no sales tax.

When the merchant goes to actually charge you, they may add the 15% tip you left to the purchase price, making the actual charge $57.50. This charge will be processed, and end up causing your Cash App balance to go negative by $7.50.

Cash App allows these charges to go through, which can put your balance negative. So, look over your purchase history, and review where this occurred so you can be mindful of it in the future!

3. A Dispute Was Ruled Against You

Finally, it’s also possible that a dispute was made after someone sent you money on Cash App, and Cash App ended up ruling in that person’s favor.

For example, the person may have been able to prove that the money was sent to you fraudulently, and therefore must be returned to them.

When a dispute is ruled against you and the transaction was regarding funds that you received, the money will be pulled from your Cash App balance, which can cause your balance to go negative if you don’t have additional funds in the account.

Note however that this is different than disputes you open against merchants.

Unlike many credit cards, Cash App does not immediately refund you money while they look into the dispute.

With a traditional credit card company, you are often given the money in advance, and then the funds are pulled once again if the dispute does not rule in your favor.

With Cash App however, losing the dispute simply means that you don’t get your money back. Since no funds were granted to you, there is nothing to take back if you lose.

However, if the dispute involves money that was sent to you, this can be taken back if you lose the dispute.

So, this is yet another reason your Cash App balance can end up negative, without any fault of your own!

How To Fix A Negative Cash App Balance

Now that we know the three primary reasons why you may end up overdrafting your Cash App account, you may be wondering – how do you actually fix it?

If the transactions were legitimate (which is most often the case), unfortunately Cash App support will not be able to help you. While you should obviously dispute any fraudulent charges that have been made, this can take several weeks before the money actually ends up being returned to you.

To fix a negative Cash App balance right away, all you have to do is add money to your Cash App account from your bank, or using a paper money deposit at participating locations.

A list of locations that allow you to deposit into your Cash App account with cash can be found here.

To prevent having a negative balance in the future, it helps to have a little bit of extra money in your account to act as a buffer.

For example, putting an extra $50 into your account – and just pretending it’s your new zero, can help cover any surprise charges that may pop up that would normally send your balance negative.

Does Cash App Let You Overdraft?

If you try to make a purchase that exceeds the balance available in your account, Cash App will decline the purchase to prevent you from spending more than your available balance, preventing any sort of overdraft can happen.

Of course, we have already covered three situations in which your Cash App balance can end up being negative.

Most of the time however, Cash App will do what they can to prevent it from happening.

No. Even in the event that your Cash App balance ends up going negative, you will not be charged any sort of overdraft fees because of it.

This makes Cash App a safe choice if you have recurring bills that come out automatically, and you have a hard time keeping track of them all.

So, don’t worry if your Cash App balance is currently negative – you won’t be charged any extra overdraft fees because of it!

Your Cash App balance may go negative if a pending charge goes through, after you’ve already spent the money.

Additionally, secondary charges from merchants along with disputes ruling against you can also cause your Cash App account to overdraft.

However, fixing the issue is as simple as adding more money into your account. You won’t be charged any overdraft fees, which is one of the great benefits that Cash App offers!

I hope that this article has answered all of your questions, and you’ve managed to find the charge that sent your account negative.

If you run into any issues or you have any further questions, please ask them using the comment form below and I’ll be happy to help.