Are you browsing your photos on Snapchat, and see a message stating that the camera roll isn’t backed up?

Although this message is common to see, it’s meaning can be a little unclear.

So, what does it mean, how can you fix it, and should you even let Snapchat backup your photos in the first place?

What Does It Mean When Snapchat Says That Your Camera Roll Isn’t Backed Up? 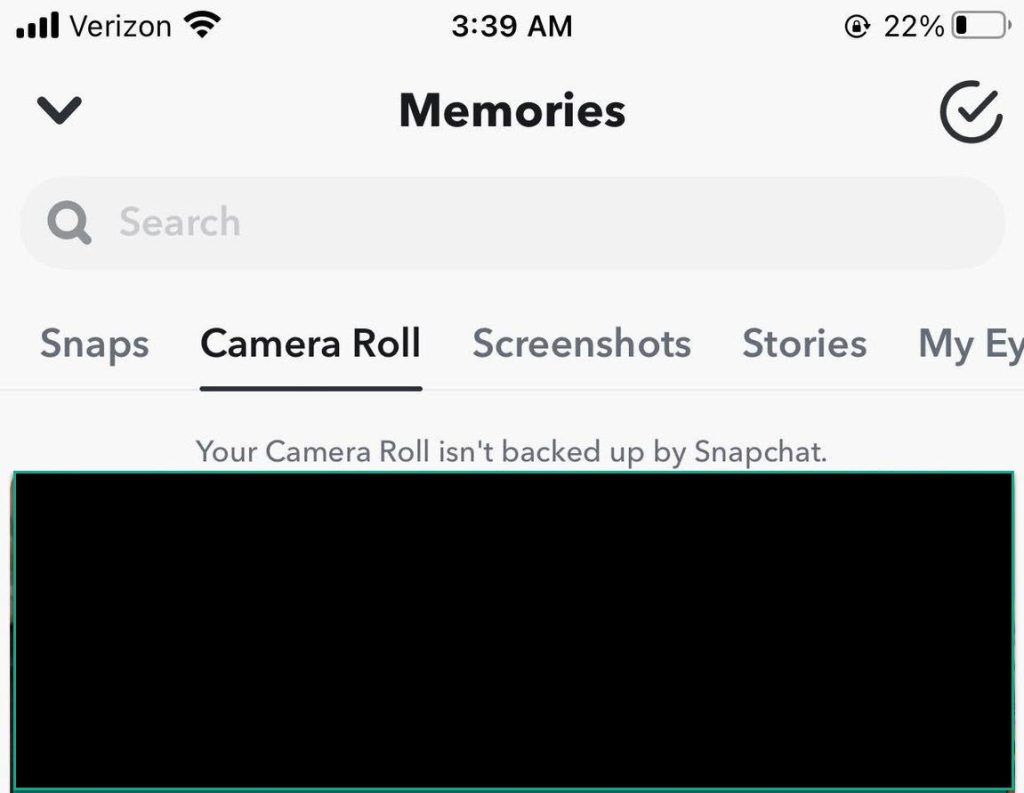 Snapchat will automatically back up certain photos – like memories or saved stories, so they can be viewed again later.

However, the photos saved in your device’s camera roll aren’t automatically backed up. Not only was the majority of your camera roll likely taken outside of the Snapchat app, but it would be a huge breach of privacy if Snapchat decided to save a copy on their servers themselves.

So, most people are glad that Snapchat isn’t automatically backing up their camera roll.

That being said, you should be making a backup of your camera roll yourself, so you’ll avoid losing your photos and videos forever if your phone or tablet ever breaks.

Therefore, I’ll be sharing exactly how this is done a little later. First, let’s talk a bit more about Snapchat’s backup capabilities.

Can Snapchat Back Up Your Camera Roll?

Snapchat directly states that your camera roll isn’t backed up by them. But is it possible to backup your photos or videos through Snapchat?

Technically yes, but practically no.

Snapchat is not meant to be a cloud storage service – it’s a social networking app. They do not have the space nor the desire to save what may amount to hundreds of gigabytes of photos or video that will never be shared. Considering the app is free and is only monetized through ads and the not-so-popular Snapchat Plus subscription, backing up your entire camera roll simply wouldn’t be profitable for them.

That being said, you can still backup specific photos or videos by adding them to your Story, and then saving a copy of the Snapchat Story to your memories.

This isn’t a perfect solution, but it can allow you to backup specific photos or videos that matter to you most.

How Should You Back Up Your Camera Roll, Then?

There are several different ways to backup your photos and videos, that are much quicker and easier than doing it on Snapchat!

First things first, it’s important to understand that for maximum security, it’s best to have three copies – at least two local, and one cloud-based.

The first copy will be on the device they’re currently stored on. However, it’s also best to have an additional local copy, such as backing them up to a computer, or an SD card.

As far as cloud-storage services go, iPhone and iPad users should certainly take advantage of iCloud, which is already integrated into your device!

For even more control, both Dropbox and Google Drive are great storage solutions as well, that can scale up or down in price depending on how much storage you actually need.

The reason you want to have an additional local copy however is due to safety of access.

While Dropbox, iCloud or Google Drive probably aren’t going anywhere or will be shut down anytime soon, it’s always a risk.

Additionally, you may forget your password, have your account closed, or otherwise have your photos or videos deleted. If they’re not in your direct control, you don’t want to take any risks.

Of course, having a cloud copy is still a good idea, in case you were to lose both of your local devices due to theft or a fire, for example.

So, having two local copies and at least one cloud copy

How To Manually Back Up Your Snapchat Memories Locally, On Your Own Device

These sort of have the opposite problem – while your Memories are uploaded and backed up to Snapchat’s servers, there’s a possibility that they may not be stored locally on your device.

This means that if you ever lose access to your Snapchat account or it gets banned, you will lose your Snapchat Memories forever!

So, it’s a good idea to regularly make a backup of these, and save them from Snapchat to your camera roll.

To learn how to backup your Snapchat Memories, click here. I’ve put together a full step-by-step guide that shows you exactly how it’s done, regardless of what device you’re on.

Snapchat does not automatically make a backup of your camera roll, nor does it intend to.

That being said, it’s a good idea to make a backup yourself to ensure you don’t lose access to your photos and videos in the event of a device failure. Additionally, you should regularly download your Snapchat Memories, to ensure you have a copy saved to your device as well.

If you have any other questions about making backups or about Snapchat, please ask them below and I’ll be happy to help.