7 Stages Every Blogger Goes Through On Their Way To Success

They say entrepreneurship is a roller coaster, and it’s very true. However, only those who are able to hang on during the ups and downs are the ones who will see the ride through to its completion. As I share with you these 7 stages that all bloggers go through, I want you to think about whether or not you’ve seen these so far throughout your own blogging career. If you haven’t, I promise you will see them soon if you stay on board long enough. 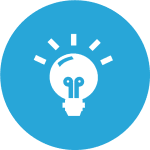 It all starts with an idea.

Often at this point, bloggers have just come to realize all the benefits starting a blog can offer. They dream huge – imagining lots of money come in, lots of raving fans, and making a real impact on the world.

How quickly you transition away from this stage will likely give a hint as to how long you stick to blogging, and how successful you become later down the line. Every great entrepreneur is an action taker – it’s nice to have ideas, but until something is created out of them, they don’t do you much good.

Almost everybody will at one point in their lifetime come up with a multi-million dollar idea. Few people will become multi-millionaires.

Here’s where things get really exciting. You’ve transitioned from just an idea and you’re actually making something happen.

Think back to this. How excited were you when you first saw your website online? When you first installed WordPress? When your first piece of content was published? You know it felt good.

There’s so much to get done at this stage, but it’s encouraging because you’re seeing actual tangible results from your work. The future looks bright, and you’ve gotten farther than most people ever will already. It can only get better from here, right?

You’ve got your blog online. You’ve started publishing content, and you’re doing everything you feel you’re supposed to be doing. However, you’re not really getting any 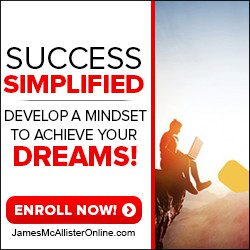 Desperately, you start searching for more information. You realize that there’s a whole lot that goes into this whole blogging thing. What are you supposed to do, and when are you supposed to do it? How come this wasn’t as simple as I was told it was going to be? My content is good, why aren’t people flooding to my website?

Unfortunately this is the stage where most people give up. It’s understandable, because the reality of blogging is so much different than what we expected it to be. It doesn’t change the fact that it’s very possible for your initial hopes and dreams to become reality, but it is hard work. There’s no way around that.

The problem is most bloggers do not really have any structure. This is true for most new business owners.

Entrepreneurship is very different than the way most people have been trained to operate. Most people go through life working a traditional job, where they’re told what to do and how to do it. With blogging, you don’t have that at the beginning. You have to develop a structure for yourself, which is difficult.

Going from order taker to decision maker is difficult, but I’ve developed something that can help you get to where you want to be. I’ll share it with you in a minute.

If you don’t give up at the overload stage, you’ll eventually start getting some sort of results from your blog.

Even if it’s as something as small as an Adsense click or an affiliate sale, this can be incredibly encouraging. Because somehow or another, you did something right.

Thankfully, towards the beginning is where you do the most amount of work for the least amount of reward. As you gain more and more success in blogging, it does get easier. It really does. Not only do you have a better knowledge of what works for you and what doesn’t, but you also have more resources at your disposal working for you – more money to reinvest, more visitors to share your content, more backlinks, more customers, so on and so forth. Success perpetuates success.

I’d say blogging success is like a snowball, but the truth is that it’s not always so smooth.

The ball starts moving a little bit – the next small success comes quicker than the first, and things look like they’re slowly starting to pick up.

Then you get hit with your first major setback.

The scary thing is that the cause of these isn’t always noticeable. This can be very discouraging, and make you think you’re not really doing anything right after all.

Some examples include Google algorithm updates, unfair bans from platforms you’re working with, or issues with work-life balance.

I went through periods where I was putting in more work than I had previously, yet my numbers were still dropping. This can be very discouraging, and this too is a period where many bloggers drop out – often to start different projects.

Recovery does happen if you stick around long enough for it to happen. The problem is that the setbacks never really stop completely, regardless of how successful you become. You can work to minimize their frequency and their impact, but they will still happen. Setbacks are just a by-product of taking large amounts of action.

Perhaps the most exciting stage of all is when you start experiencing massive growth, extremely quickly.

Everything feels like it’s coming together, you’re finally starting to make some serious money and your traffic is growing consistently month after month. 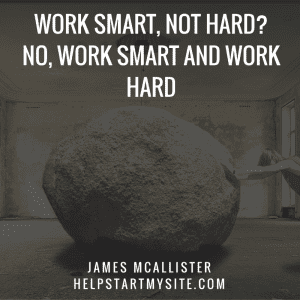 I still remember the first time I experienced this with one of my websites. I was growing as an influencer in my space, when one day I was contacted by NBC, one of the USA’s largest television networks, asking if I’d like to interview the executive producer of an upcoming television show. Long story short, I took advantage of the opportunity, started getting links from authority sites all over the place, and had more traffic than I ever imagined possible.

However, I don’t want to give off the impression that one certain event will trigger this. That’s usually not the case. The solution to your problems is not meeting the right person, jumping on the right opportunity, or stumbling into something huge. The solution is consistently taking large amounts of action for extended periods of time, working hard, and working smart at the same time. Reinvesting everything you can back into your business and your education. They say the harder you work, the luckier you get. In a way, it’s very true – after you begin doing something huge and you really start working hard, opportunities will come your way.

It’s nice to think that you’ll want to blog forever. However, regardless of how much you love the work you do, it’s still foolish not to have at least some sort of exit strategy planned.

This does not necessarily mean you have to sell or abandon your blog completely. It simply means you allow your blog the freedom to grow on its own without constant additional input from yourself (at least not as much as it took you to get it off the ground.)

This means setting up systems to cut out the work for you. Building up traffic sources that send people your way month after month. Developing a sales funnel that makes you money consistently on its own. Perhaps this even means outsourcing the bulk of your work.

Once you reach a certain point, more time will become more valuable to you than more money. Blogging is a great way to achieve freedom in life, but not if your blog is completely dependent on lots of work from yourself to survive.

You don’t need to prepare for an exit anytime soon if you don’t want to, but it’s a good idea to keep it in the back of your mind. The freedom of at least having that choice is very comforting.

Getting Through The Stages

As someone who’s been through these stages myself, I want to help make it as easy as possible to move through them. To smoothen the ride a little bit.

I want you to get to where you want to be as quickly as possible, without having to figure what works and what doesn’t through trial and error. It’s certainly good to learn from your mistakes, but it’s far to better to avoid making them completely and learn from other’s instead.

I have developed a blogging course that will show you exactly what to do and when to do it. Instead of scrambling around trying to figure things out, let me take you by the hand and show you the path you need to take to achieve blogging success.

I assure you that the hundreds of hours this course saves you will put you ahead of 99% of bloggers out there, so do yourself a favor and sign up.

Which of these stages do you feel you’re currently in? I’d love to hear what you’re going through so we can help either get through it or make the most of it! With enough work, I have complete confidence that we can get you to wherever it is you want to be.