Do you have AdBlock installed on your computer or phone, but you’re concerned whether or not your favorite YouTubers will still get paid?

Considering that advertisements are a large part of how YouTubers make money, you may be wondering if you’re actually harming them by having AdBlock installed.

Thankfully, the answer isn’t so black and white, and you’ll see why in just a moment.

In this article, I’ll cover how AdBlock affects YouTubers differently, and what else you can do to support them – even if you keep AdBlock installed! 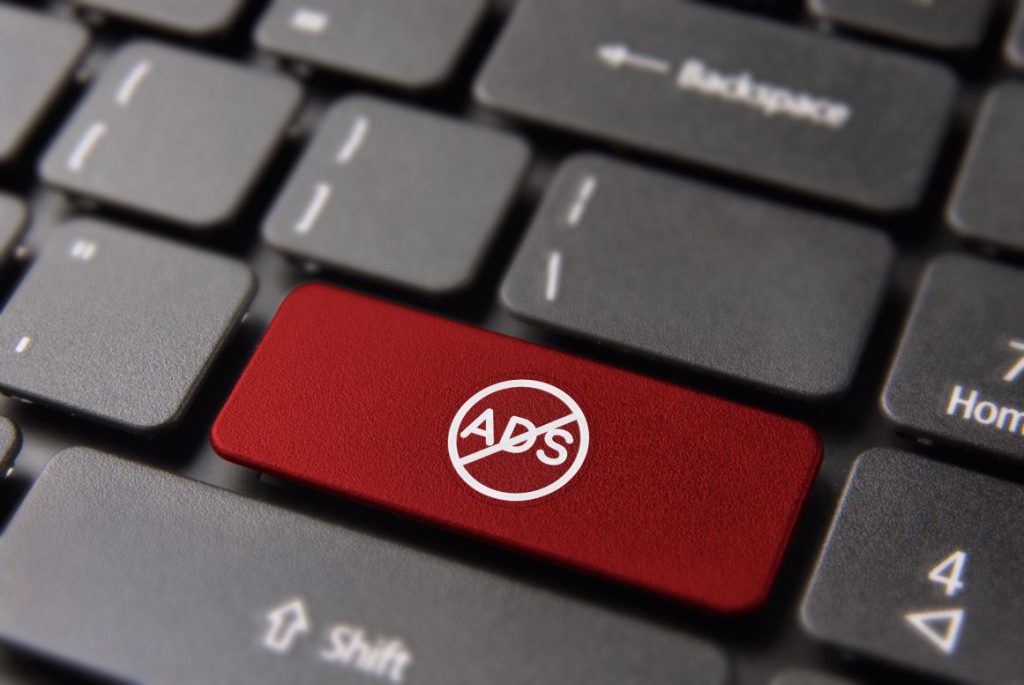 Yes. AdBlock hurts YouTubers, because all monetized channels make money from advertisements that have been placed in or near their videos.

If you are unable to view or click on any advertisements due to your usage of AdBlock, this directly impacts the earnings that the creator will make from that video.

That being said, many YouTubers have taken steps to diversify their income, so they are no longer relying solely on ad revenue.

In fact, for many channels, their ad revenue is only a tiny fraction of their total earnings. So, although AdBlock will still affect them, the amounts is negligible relative to their earnings elsewhere.

Note: Adblockers don’t just hurt YouTubers, they also hurt websites like this one, which don’t have other ways to monetize!

YouTubers measure their earnings using something called an ‘RPM’, which is essentially the amount they make per 1,000 views.

The truth is, YouTube ads don’t actually pay that much! Depending on your niche and your audience, you are likely to earn between $2 and $10 per 1,000 views, with rare exceptions.

In other words, you need a lot of views to make any sizeable income with ads alone.

Sponsorships however, are a different story.

Sponsorships are generally advertisements created by the YouTuber that run in the middle of their video, typically promoting a specific product or service.

These are not blocked by AdBlock, and due to the longer and more personal nature of them, they also pay significantly more!

In fact, with with sponsorships alone, YouTubers can expect around a $15 RPM – much higher than ads!

So, if the YouTuber you follow includes sponsorships in their videos, AdBlock does not affect them nearly as much, relative to their total earnings from the video.

Other Ways To Support Your Favorite YouTubers 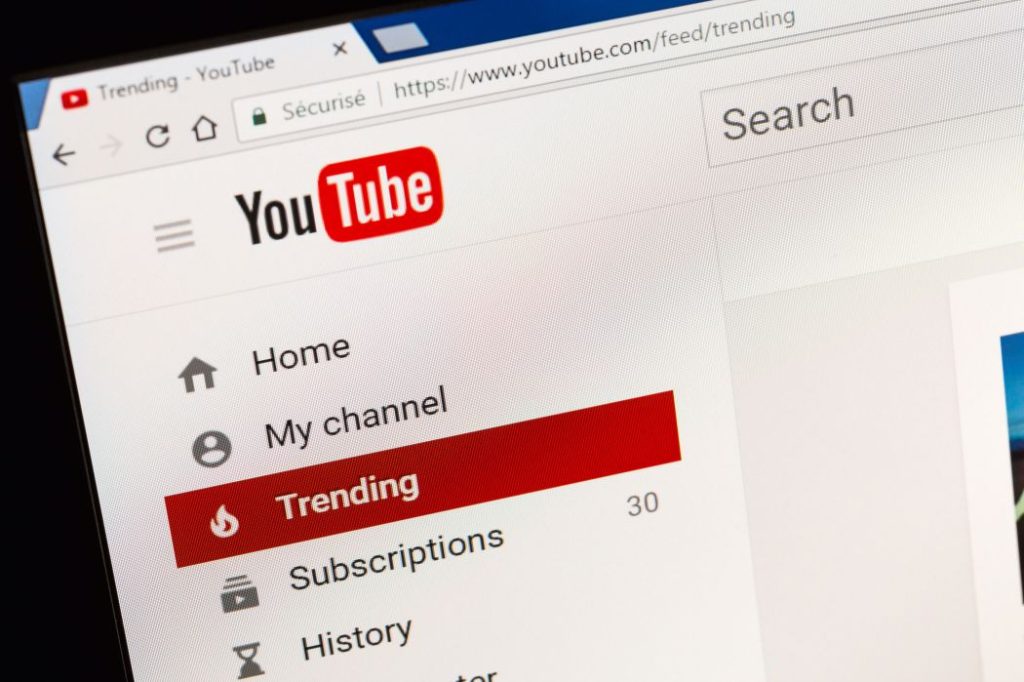 Now, let’s look over some other ways you can support your favorite YouTube creators, even if you decide to keep AdBlock installed on your device.

Most of these will have a far greater impact than the ads would anyway.

If you are a creator yourself, remember to share these with your audience, as certain kind, thoughtful people will go above and beyond to support you!

1. Use Their Affiliate Links

Have you ever heard a YouTuber mention that a link to a product they’re showcasing will be available in the description?

Most of the time, this is something called an affiliate link.

Essentially, it means that if you click on that link and go on to buy that product, the creator will earn a commission for the sale, as a sort of reward for referring you.

This is typically a percentage of the product’s sale price.

If you were to purchase a $50 accessory from Amazon through their affiliate link for example, this would likely earn them $2-3. It doesn’t sound like a lot, but that may be worth as much as 1,000 views from regular ads!

Plus, digital products can earn substantially higher commissions, and expensive products can quickly add up to a lot of money.

Many channels (such as tech or product review channels) often earn more through affiliate links than they do with ads entirely.

So, it makes a big difference!

YouTube Premium’s main selling point is that it removes ads from the videos – which is the same thing that AdBlock seeks to accomplish.

However, with YouTube Premium, it does it in a way that still rewards creators!

Essentially, money from your YouTube Premium subscription goes into a fund, and is paid out based on how much you watch certain creators.

So, you still don’t have any ads, but creators you watch still get paid regardless.

If you’re willing to shell out the fee for YouTube Premium, you won’t just get ad-free videos, but you’ll also know that you’re still helping creators, and get access to all of YouTube Premium’s other features to.

Now that sponsorships are mainstream and many large creators have them in their videos, the landscape is changing.

Many people are skipping straight over the sponsorship section of the video entirely, to get back to the content they actually came to see. While that’s completely fair, it does pose two problems.

The higher percentage of a video that is watched, the more likely it is to be pushed out to more people via suggested videos, search, and YouTube’s browsing features.

This is because it’s ultimately YouTube’s goal to show you interesting and engaging videos, so you’ll spend as much time on YouTube as possible.

So, if you skip over sponsorships, the average percentage of the video that’s viewed decreases, which hurts its reach.

Secondly, it’s likely that sponsors are taking note of audiences that skip over sponsorship segments, and how this is increasing.

It’s possible that in the future, sponsors will pay a lower RPM to accommodate for the fact that so many people are skipping over the sponsorship segment.

So, by actually watching it (even if you tune it out, or check your phone during that time), you are helping out the creator.

4. Spread The Word About Their Channel

Many creators would agree, this is one of the nicest things that you can do for them!

Although YouTube’s algorithm plays a large role in a channel’s growth, one of the biggest factors for a channel’s success is their fan base.

Spreading the word about someone’s channel – even if it’s just to one person, goes a long way to helping them succeed on YouTube.

Ultimately, this is one important way they grow their audience, and continue to see exponential growth over time.

Plus, it can have a compounding effect as well – if you share a channel with someone, who’s to say they don’t also share it with someone else later?

So, if you think a channel would genuinely be enjoyed by someone, don’t hesitate to share it with them.

5. Consider Disabling AdBlock For Their Channel

Finally, you may consider temporarily disabling AdBlock while watching their videos.

Many ad blocking extensions like AdBlock, Adblock Plus, or uBlock Origin allow you to turn the extension on and off with just a couple of clicks.

While they don’t allow you to disable ads for specific YouTube channels (typically only entire websites at once), you can turn your adblocker off when watching a specific creator that you want to support.

This is particularly a good idea if you plan on binging their content – simply turn it off at the beginning of your viewing session, and turn it back on when you’re done.

There’s no way around it – because monetized channels make money through ads, adblocking software directly hurts them.

Thankfully however, many YouTubers have other monetization strategies in place, to help offset the losses that adblockers create.

I hope that this article has answered your questions, and has given you some new ideas for how you can support your favorite YouTubers.

If you have any other questions about Adblock or YouTube, ask them below and I’ll be happy to help.